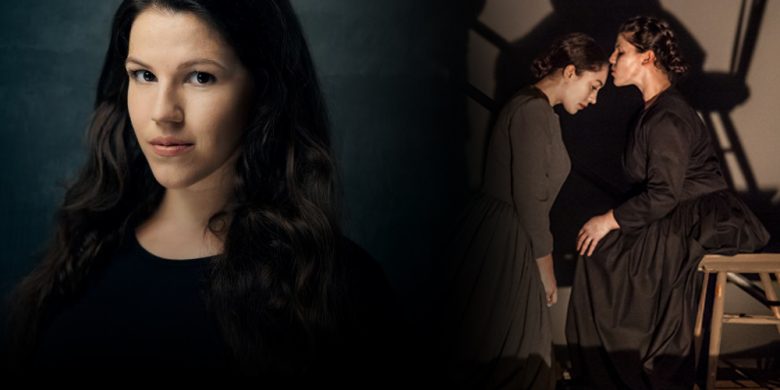 We talk to cast member Charlotte Lily-Gray about her role in Charles Dickens’ Bleak House and her career so far.

Upon her graduation in 2017 in Acting from Bath Spa University, Charlotte has been running workshops for the David Glass Ensemble at Marphy’s Playhouse in Chengdu in China. Alongside her acting career, she has built a fitness practice as Personal Trainer.

A. I play Ada Clare, a young ward, and Miss Barbary, the guardian of the orphan Esther Summerson, whose story line we follow in the play.

Q. How would you describe your character(s)?

A. Ada is just like begins full of hope, she’s alive, spirited, naive and in love with the notion of love and eventually that’s exactly what destroys her.

Miss Barbary is alone, cold and bitter. She’s disgusted and pained by the sinful world she lives in and believes everyone should be repenting for their sins.

Q. What is your favourite scene or moment in the show?

A. The first time the street boy Jo meets Esther. It is so honest, raw, comedic and heart wrenching really; it’s beautiful!!

Q. How did you get to work with David Glass?

A. I auditioned for David just as I was about to graduate from Bath Spa University. I can honestly say it was the best thing that could have ever happened. There is nothing else quite the same than working with David. He brings out emotions and a state of play in your work you didn’t even know you had. Working with David is magical!

Q. According to you, what makes Bleak House a typical example of physical theatre?

A. Throughout the whole process and rehearsals we are constantly working from our bodies. It is our biggest tool. We think, feel, express and play and learn by moving with our whole bodies in tune with our thought process, there is no separation. Bleak House is so expressive and our bodies, voice, thoughts and breath working as one makes this happen.

Q. Why should people come to see the show?

A. Because you will never have seen anything quite like it! We will shock you and entertain you in ways you can’t even imagine !

Q. Admit it, did you eve read the full book?

A. I did read the book….however I have to admit, I did find it a lot more entertaining watching the BBC series !!!

A. Bleak House of course 😉

Q. What has been a highlight of your career so far?

A. Working in China as part of David Glass Ensemble has been a dream. Teaching and directing theatre at Marphy’s Playhouse in Chengdu, the first institution of drama and education in the southwest of China who work in partnership with David, was an experience like no other!