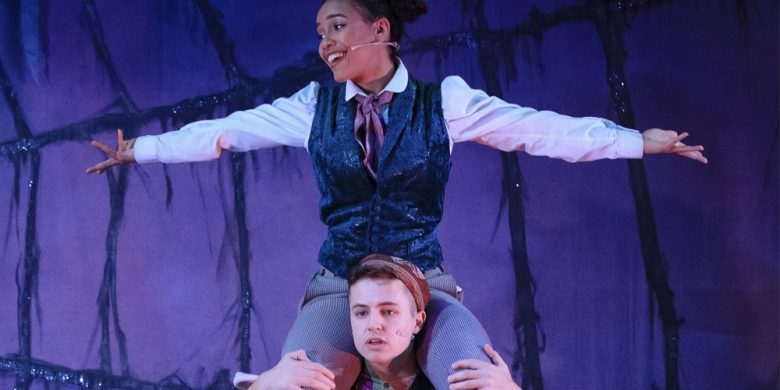 Taking on the role of one of The Mouse King’s right hand mice is Hollie Smith-Nelson who plays Petipa in The Nutcracker – A Christmas Musical Spectacular. A recent graduate from Bird College, we caught up with Hollie to find out more about her current role.

Petipa is one of Mouse King’s hench-mice. Mine is from New York, I think she’s a bit of a gangster. She competes with Ivanov (played by Sam Bailey)for the Mouse King’s attention. She’s funny, and sassy, and smart and observant. She gets straight to the point, no paws for thought!

What are you looking forward to about performing in The Nutcracker this December?

The scenery sounds amazing. Things lighting up, carousel horses. I’m looking forward to filling in all the magic we’re creating.

What are your first memories of Christmas shows?

My first memory is of a panto in Oxford, it was Mother Goose, and I remember it was really funny. I love the direct address, how it feels like you’re in the show with them and if you don’t join in the story will fall apart. We have this ingredient in our show, the audience are part of the magic, a vital part of the show.

Sum up the production in three words.

If you could pick anything for Drosselmeyer to invent for you, what would that be?

A locket that you carry with you, and when you open it a specific memory that you’ve chosen gets played.

Catch Hollie in The Nutcracker – A Christmas Musical Spectacular from 13 – 31 December 2019. Click here for more information and to book.