Natalie Turner – Our Queen of Snow 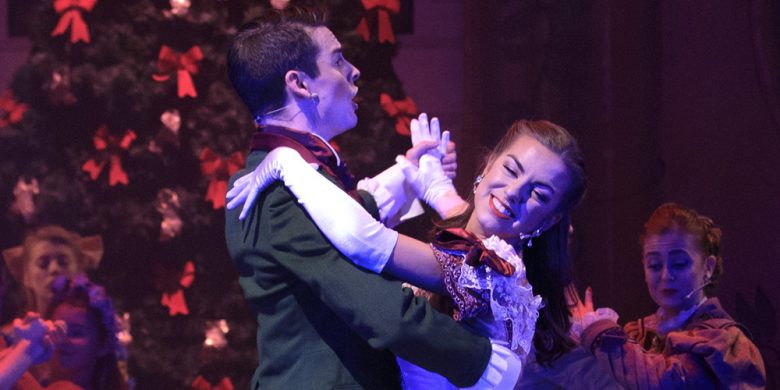 We caught up with Natalie Turner who is taking on the roles of both Mrs Stahlbaum and the Snow Queen in our Christmas musical The Nutcracker.

Tell us a bit more about your characters?

Mrs Stahlbaum, Clara’s mother, is a bit strict. She’s a society climber, very well to do and put together. She’s the one (despite what Adrian might say!) carrying the weight of the family on her shoulders.

The Snow Queen is the matriarch of the Land of Snow, that is very much her space. She orchestrates this beautiful ballet where we use the actual Nutcracker music. This scene is at the end of Act One and the whole cast are on stage – it’s epic! She’s such an iconic part which is fantastic to play.

Natalie stars as the Snow Queen in The Nutcracker

What are you looking forward to most about performing in The Nutcracker this December?

Seeing the set and costumes come together is amazing. I am excited about the Snow Queen scene. Also, the story – it’s lovely to have a Christmas show set at Christmas!

What can audiences expect from this production?

It’s a visual feast. A traditional story but told in a slightly new way. A story you might know and be fond of, but with a few surprises. It’s a spectacle.

What do you associate with Christmas?

If you could choose anything, what would you ask Drosselmeyer to create for you?

Something that cooks all my dinners! And is glittery, sparkling and pink!

Catch Natalie in The Nutcracker – A Christmas Musical Spectacular from 13 – 31 December 2019. Click here for more information and for tickets.