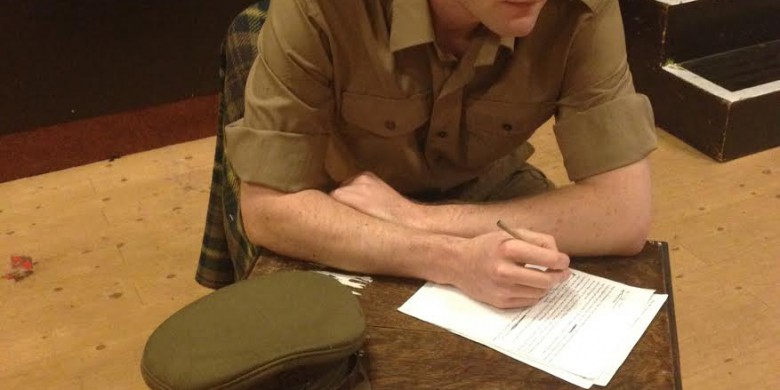 Somewhere on the Western Front during WW1. Receiving well wishes and gifts from home was one of the few comforts a soldier had, writing was a welcome distraction from the horrors of the trenches.

“Dear Mrs Pommeroy” is written by Portsmouth-based writer and director Bernie C. Byrnes . Bernie, who went to Mayfield School, has worked with a number of theatres including Shakespeare’s Globe, The Soho Theatre and the New Theatre Royal and has had plays performed at the Edinburgh Festival Fringe.

The soldier is played by Ben Claybon who attended Admiral Lord Nelson School here in Portsmouth and now works professionally as an actor and drama workshop leader.
The poems are by the Portsmouth Poet Laureate, Sam Cox.
“Dear Mrs Pommeroy” was first performed as part of the Lost Hour in March 2014.