Magic and Mice with Neil Jennings 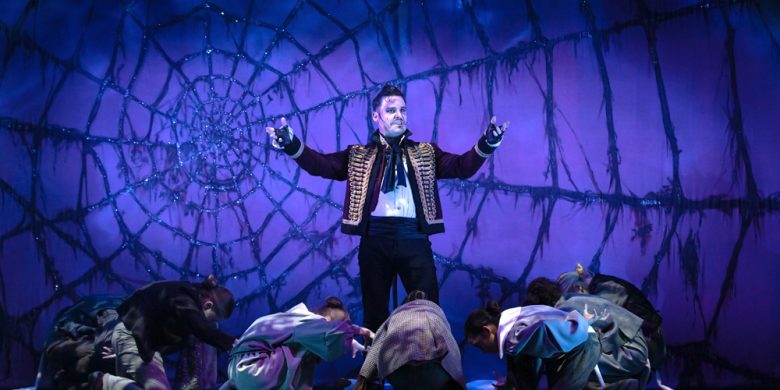 Stepping into the shoes of the villain of The Nutcracker – The Mouse King, we caught up with Neil Jennings to find out more about his rodent role.

The Mouse King has self-proclaimed as the ruler of the rodents. He’s a bit scrappy, rough round the edges. He’s ambitious to be higher than his current station, and he doesn’t like to be beaten. He puts a lot of trust in two fools, but when you rule over a bunch of mice there are slim pickings!

What are you looking forward to the most about performing in The Nutcracker?

The feeling of being Christmassy! There’s nothing like being in a Christmas show at Christmas, it builds the magic of Christmas – you’re not just waiting for Christmas to come, you’re actually doing something! I’m also looking forward to seeing the faces of the children and families watching the magic unfold, being entranced. The sing-a-long song also captures the spirit of Christmas, the audience will pick it up in no time, it’s so catchy and very easy to sing. And then sing all the way home too!

What can audiences expect from this production of The Nutcracker?

A real Christmas show, with Christmas magic. It’s both familiar and magical. All in a story that you might be familiar with, but not know all the details. We still have that magical element.

Could you sum up the production in three words.

If you could pick anything, what would you ask Drosselmeyer to create for you?

Humane mouse traps! With luxury interiors. Mice could live in it once they were caught. There would be food, they could invite their families, get fed every day. Retaining their wild status but in comfortable surroundings!

Catch Neil as The Mouse King in The Nutcracker – A Christmas Musical Spectacular from 13 – 31 December at New Theatre Royal Portsmouth. Click here for more information and to book tickets.