Headline cast announced for The Nutcracker 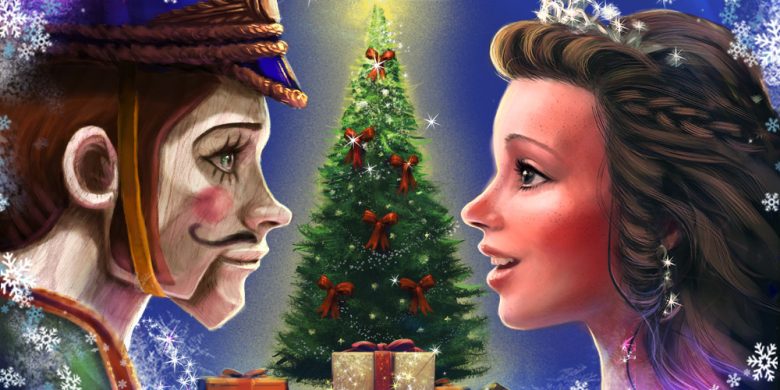 The New Theatre Royal Portsmouth has announced the cast of its latest Christmas adventure, The Nutcracker.

Scott Ramsay, Director of the theatre, said “This will be our third in-house Christmas show produced in Portsmouth and already word has spread on the quality and difference of our work. Actors are turning down work with big companies elsewhere to be part of the magic we’re creating here, and that’s wonderful.”

Leading the cast is leading international musical actor Kurt Kansley, who plays genius inventor Drosselmeyer. Kurt has been seen and heard in many musicals across the world, such as Guys and Dolls, Miss Saigon and The Lion King, and most recently as Che in Hal Prince’s production of Evita at Sydney Opera House.

He is joined by the immensely talented Caitlin Anderson as Clara, and former Birmingham Royal Ballet artist Shaun Mendum as the Nutcracker Prince. Shaun said, “It’s thrilling to be taking on the iconic title role in the New Theatre Royal’s new musical version.”

Providing the malevolent edge this year is Neil Jennings, who’s professional career has included The Gruffalo alongside Shakespeare classics. His delicious take on the Mouse King will be one to be savoured.

Samuel Bailey returns as Ivanov following his twice-nightly flights as Peter Pan last year. Samuel said, “I’m buzzing to be heading back to this beautiful theatre and to work with this fabulous team again.” Joining him is Hollie Smith-Nelson as Petipa, who joins the cast direct from the Pet Shop Boys’ Closer To Heaven.

Natalie Turner joins the cast as Mrs Stahlbaum, and Sarah-Faith Brown brings a sparkle of magic as the Sugar Plum Fairy, all having starred in Christmas shows and musicals across the UK.

The Nutcracker, A Christmas Musical Spectacular, runs from 13 to 31 December 2019 at the New Theatre Royal Portsmouth. Click here for more information and to book tickets.