H.G Wells, The War of the Worlds and Portsmouth 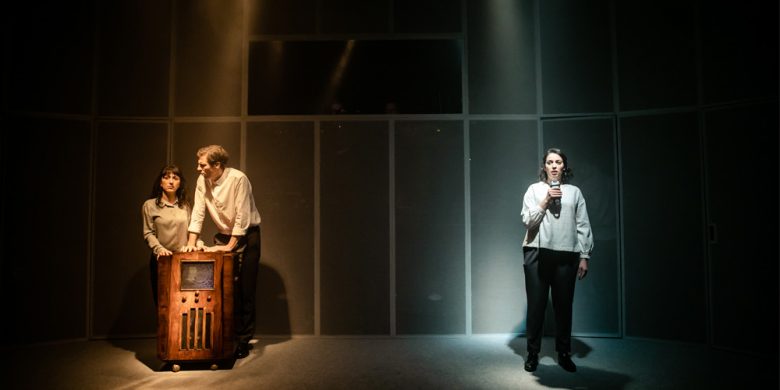 H.G. Wells’ spent his formative years as a draper’s assistant in Southsea, Portsmouth, experiences that would make him so good at describing the normal working person’s life and worries.

H.G. Wells’ The War of the Worlds (1898) is regarded as one of the world’s first pieces of science fiction, pioneering not just for the subject matter but for the way that the bizarre and frightening happenings were rooted in the minutiae of everyday life, making them so much more plausible and frightening: “the more impossible the story I had to tell, the more ordinary must be the setting”.

Wells lent a sense of realism to concepts that were completely unknown,  famously coining the term ‘time-machine’, an example of how he used scientific theories to explain away the apparently impossible: magic for an age that no longer believed in it.

Orson Welles’ worked on the same premise in his 1938 radio adaptation, transporting the setting to the unremarkable New Jersey township of Grover’s Mill and a population going about their business. A master of creating suspense in the theatre, he brought his skills to the radio for a broadcast that created a sensation.

Orson Welles also brought the persuasive possibilities of radio, presenting his adaptation as a normal evening’s programmes interrupted by increasingly alarming news bulletins. As with the original novel, its effectiveness lay in its rooting in a familiar, mundane setting-this time Grover’s Mill, New Jersey. Funny as well as thought-provoking, Rhum and Clay’s production of The War of the Worlds has added its own time-travelling to the mix, bringing Orson’s adaptation to life in tandem with a contemporary tale of modern journalistic ethics and what we choose to believe.

The War of the Worlds has been re-imagined for our era of Fake News and ‘alternative facts’ by Rhum and Clay Theatre Company.

They combine the radio broadcast with a modern story equally rooted in the everyday and equally frightening, as a young English journalist travels to Grover’s Mill in 2016, right after Brexit and before Trump’s election, to create a podcast about the impact of Orson’s original radio programme. In doing so, she discovers a new invasion, this time in the form of misinformation spreading through the tentacles of the internet, landing in every home worldwide.

This is a show that that examines the stories we choose to believe and why, and how these stories can divide us, or potentially bring us back together. In the darkest of times, the truth is a very precious commodity.