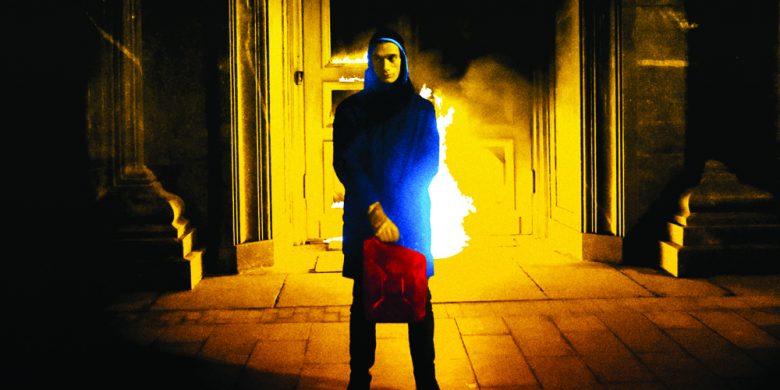 We are delighted to announce that as part of Journeys Festival International 2016, taking place in Leicester, Manchester and Portsmouth, Belarus Free Theatre will premiere Burning Doors, a new theatre piece combining forces with Pussy Riot’s Maria Alyokhina at New Theatre Royal this Autumn.

Belarus Free Theatre is the only refugee theatre company in the UK and the first in Europe banned by its own government on political grounds.

Burning Doors will be premiered in Portsmouth at New Theatre Royal on 14th October. The work of Belarus Free Theatre aligns with Journeys Festival International’s aims to celebrate the great art produced by refugee artists, opening eyes, challenging perceptions and raising discussion about the plight of refugees and asylum seekers.

Following each performance the audience will be invited to join a post-show discussion focusing on issues of artist persecution, political asylum and the refugee experience, as well as the artistic processes of Belarus Free Theatre. Discussions will be facilitated by artistic and guest personnel, including Pussy Riot’s Maria Alyokhina and Co-Directors of Belarus Free Theatre, Nicolai Khalezin and Natalia Kaliada, both human rights activists and exiled from their home country.

The ArtReach collaboration with Belarus Free Theatre extends beyond the presentations of Burning Doors. Nicolai Khalezin and Natalia Kaliada will be delivering a two day training programme for theatre practitioners from each city involved in Journeys Festival International. The training will stimulate the creation of new, pop-up theatre developed with community participants in each city.

ArtReach Director, David Hill, said “Along with the rest of the theatre world, we have been hugely impressed by the extraordinary work of Belarus Free Theatre, in terms of both artistic quality, integrity and political bravery. It has been our vision to present the company’s work within our refugee arts festival and now, with support from Arts Council England’s Ambition for Excellence, we are able to host the world premiere of Burning Doors and a range of associated artistic activity.”

Click here to book your tickets for Burning Doors